Two of My Fave Dishes of All Time

It has been 18 months between articles but I have visited two places in the last few weeks that have me salivating to write again. First off is the sublime Beckett’s Glebe, and the other will remain a surprise until I publish it.

I think the passion to write has come from getting back into the right frame of mind in life, I have corrected my business to be solely mine again, I have started losing weight from dieting, and we are getting endless invites to dine again. Life is back to 2019 standards but better, we are getting new clients, I have purchased an investment unit and life is generally good!!

Of all the venues that I go to, I do believe some of them deserve more than a few pics on Insta and FB, and that is what am going to do – I will be posting articles on the premium venues that deserve gushing over, and one of those venues is Beckett’s Glebe! 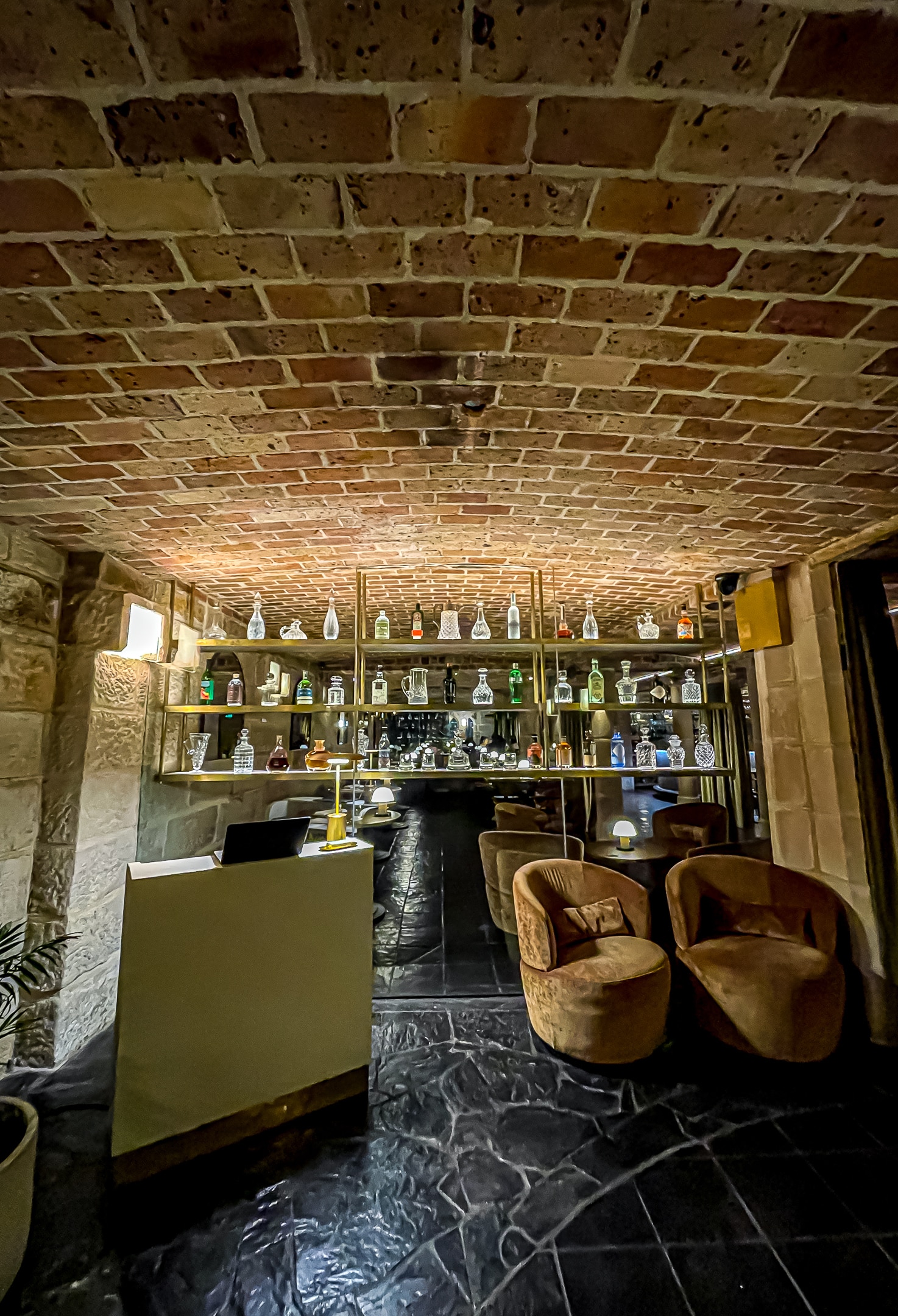 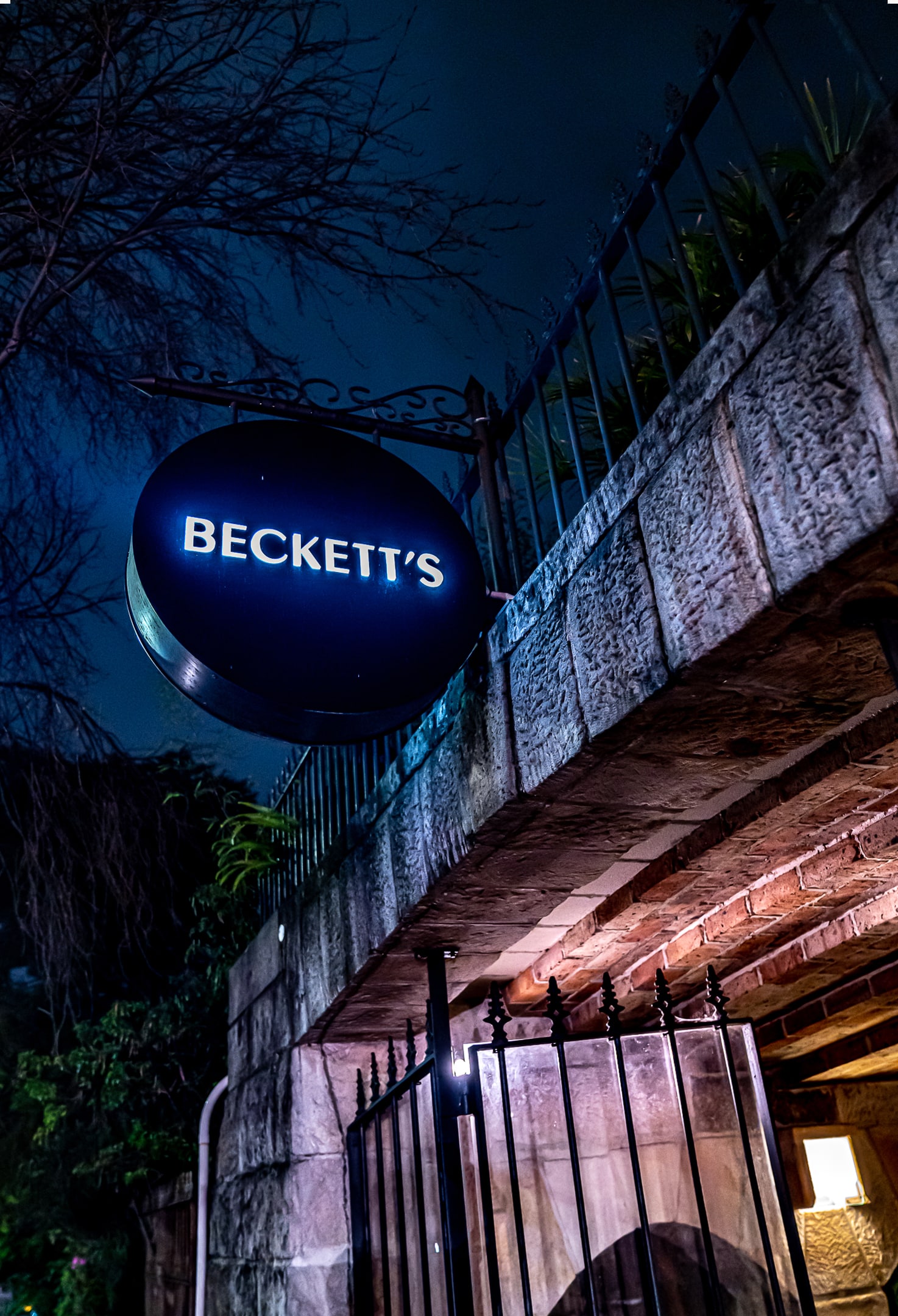 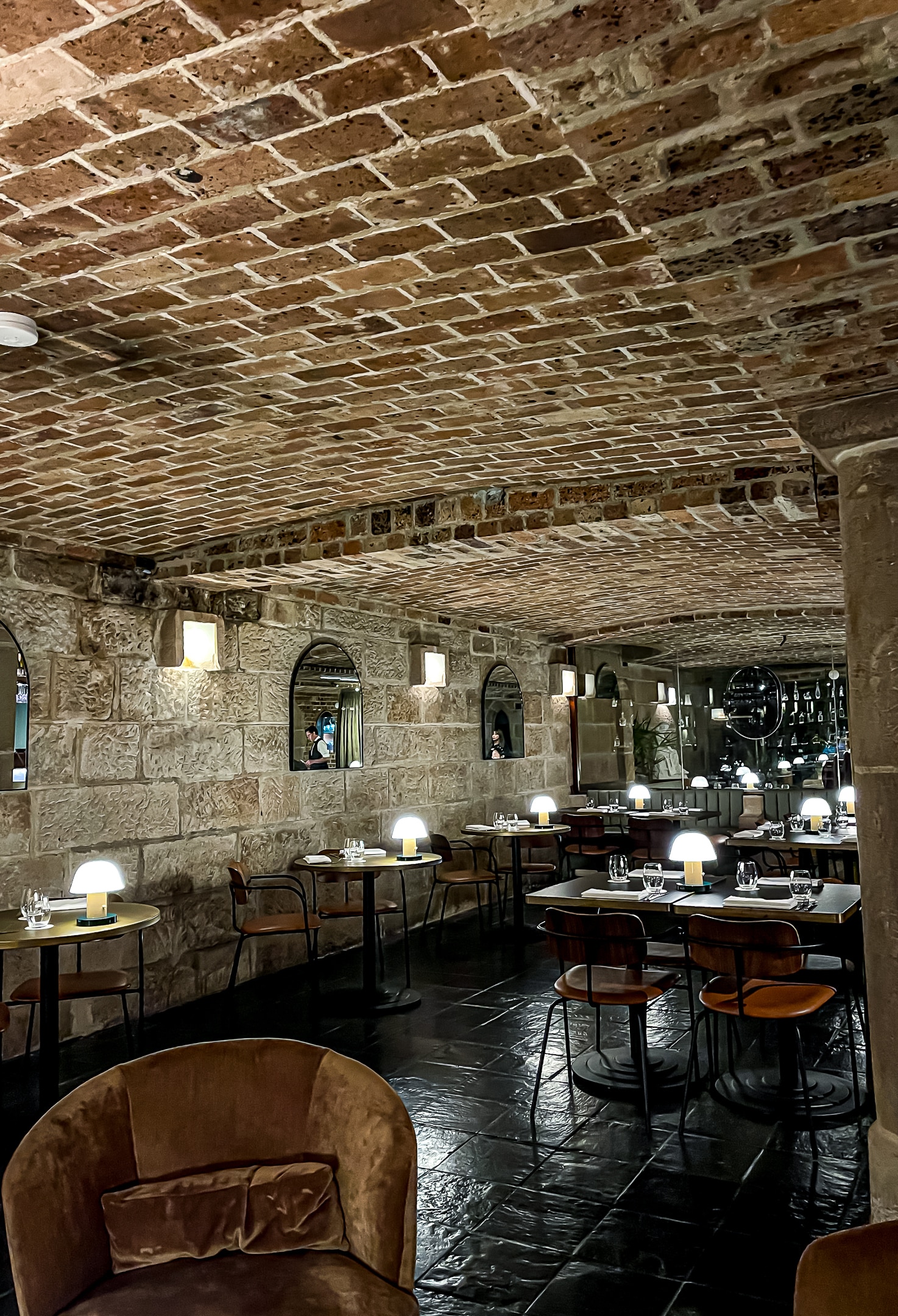 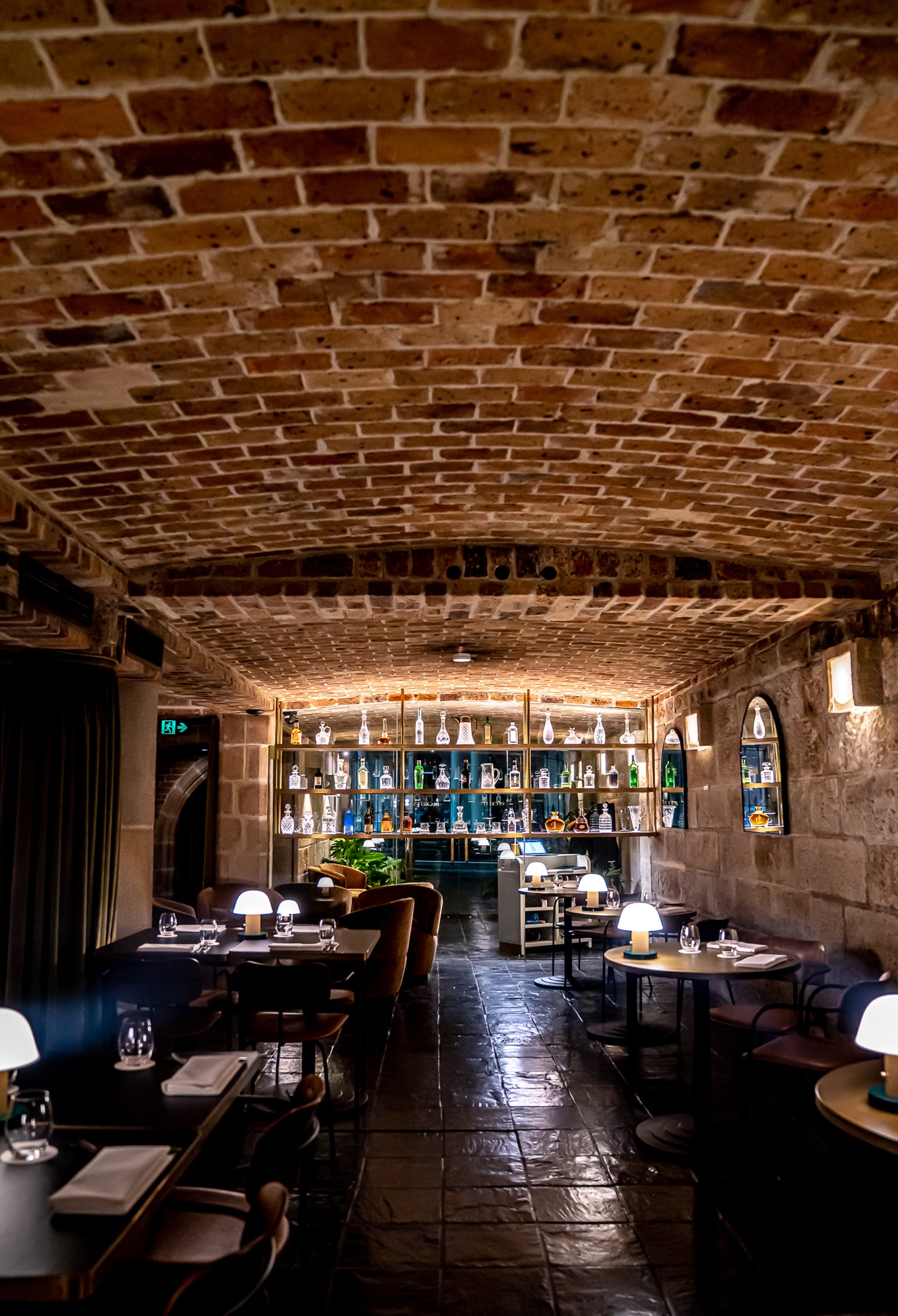 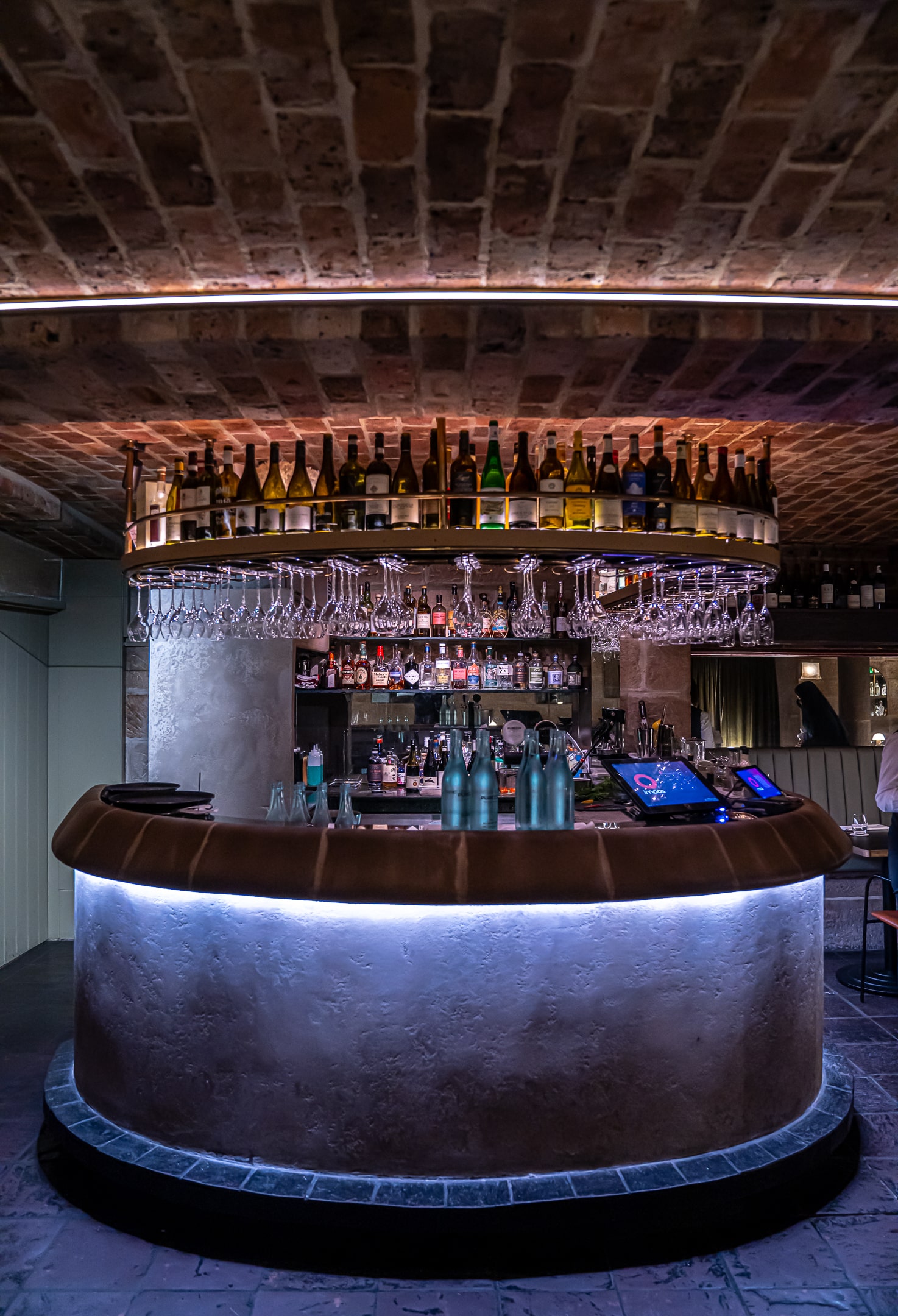 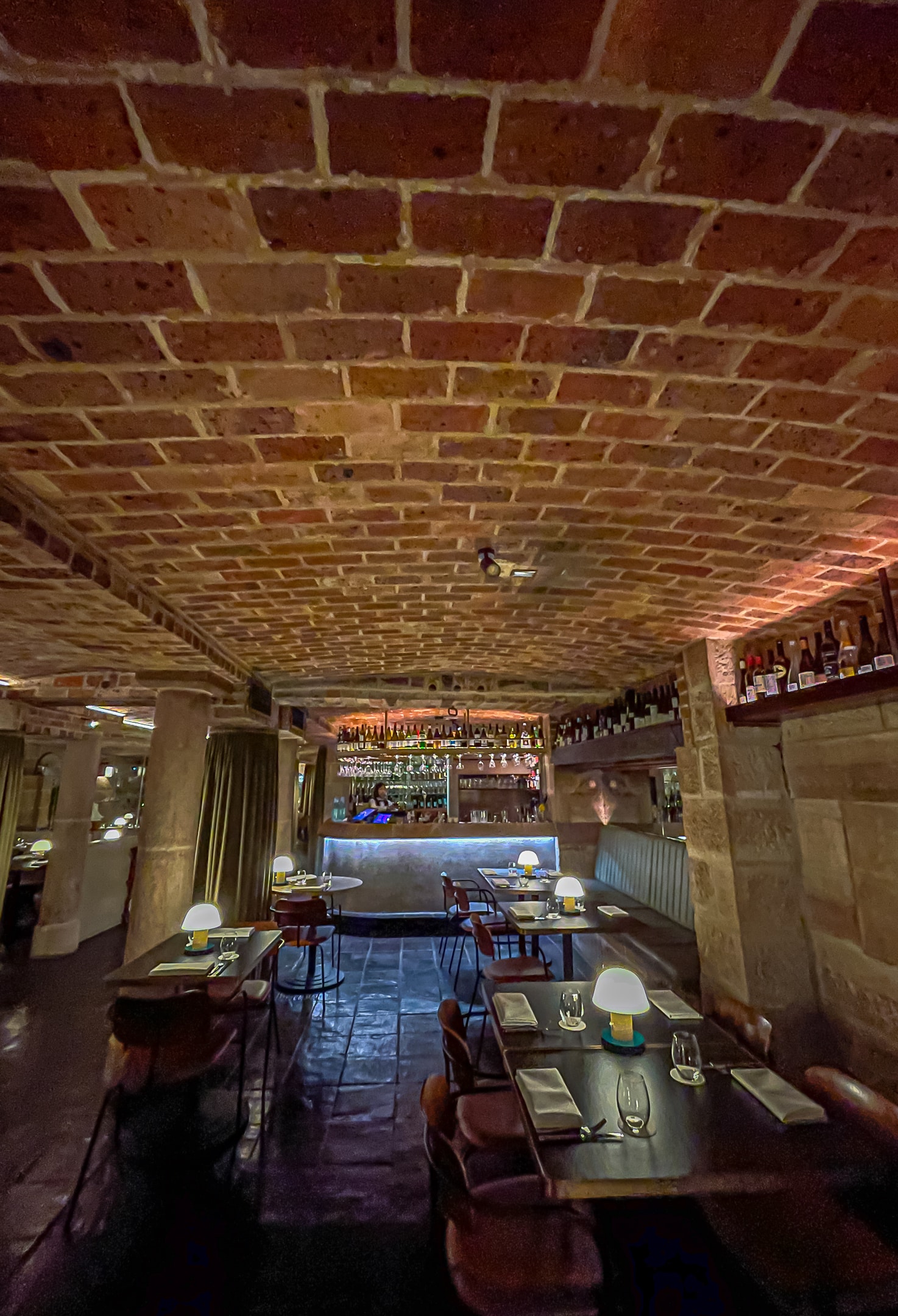 One of my favourite venues in Sydney hands down, it took my breath away!

Beckett’s is located in a historic site in Glebe, once home to Sydney’s farm-to-table pioneer, Darling Mills. It is a sub-basement venue with sandstone bricks that have been repurposed from the old Glebe Abbott that burned down.

Established in 1870, Glebe’s Saint John’s Bishopthorpe had erected a stunning gothic-style sandstone church, with all the stained glass, arched windows and convict-chipped sandstone bricks you’d expect of the era. After the church was gutted by fire and left in ruin in the 80s, a dentist and Glebe local would take 11 years digging out the garden of his home and moving those blocks, brick by brick, to create a purpose-built subterranean restaurant in his own yard.

The story of the building just makes my heart soar and the result is an incredibly exciting historical building that I will forever remember as one of the best venues in Sydney.

Beckett’s Glebe has a near-perfect staff, the waitstaff were seasoned professionals that took pride in their job, they wanted to try everything and if we ate something they hadn’t tried were asking us about it. Even the wines, all of them asked us about the wines we had. They were in pressed black pants and crisp white shirts with a tie and exceptional manners. It really is a top-tiered service worthy of awards.

“Former Bistro Moncur and Bayswater Brasserie Chef Jeff Schroeter welcomes you to indulge in opulent bistro classics, reminiscent of New York and Europe. Over three decades, Jeff travelled the kitchens of London, Switzerland, and Manhattan before settling in Sydney. Here Jeff launched, and invigorated, some of the city’s most innovative restaurants. Over the last two decades, Jeff’s success has led him to be known as the chef’s chef of Sydney.

Today Jeff’s signature style is mod-European with a dash of New York and London. But he brings playfulness and mastery to the classics, using seasonal produce, indigenous ingredients, and a sense of decadence to bistro favourites.”

“Playwright–director Wendy Beckett has written more than 25 theatre plays and directed more than 40. She has also written biographies, radio plays for the Australian Broadcasting Corporation, books, librettos, articles of academic study and journalism.” Not wanting to take a breath she partnered up with Jeff in Beckett’s and is the restaurant’s founder and a dear friend who met Jeff (and Julia, Jeff’s wife) when their kids went to pre-school together.

Jack, Jeff and Julia’s son, pointed out while waiting at our table for my guest Josie, and me Jason, that between the lot of us there is a lot of J’s. Julia is the co-owner and the marketing and events director. I love that at its core Beckett’s is a family restaurant! 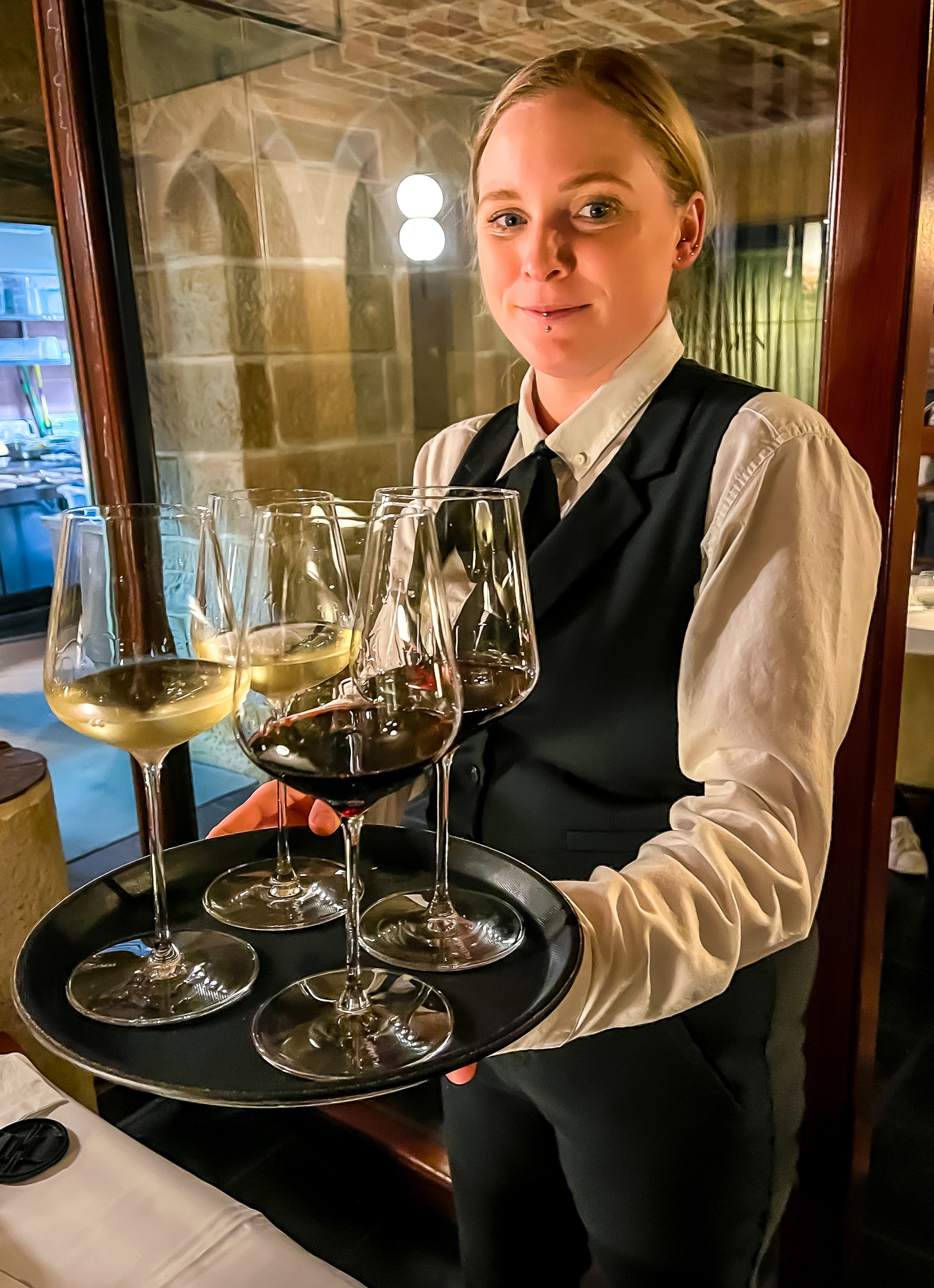 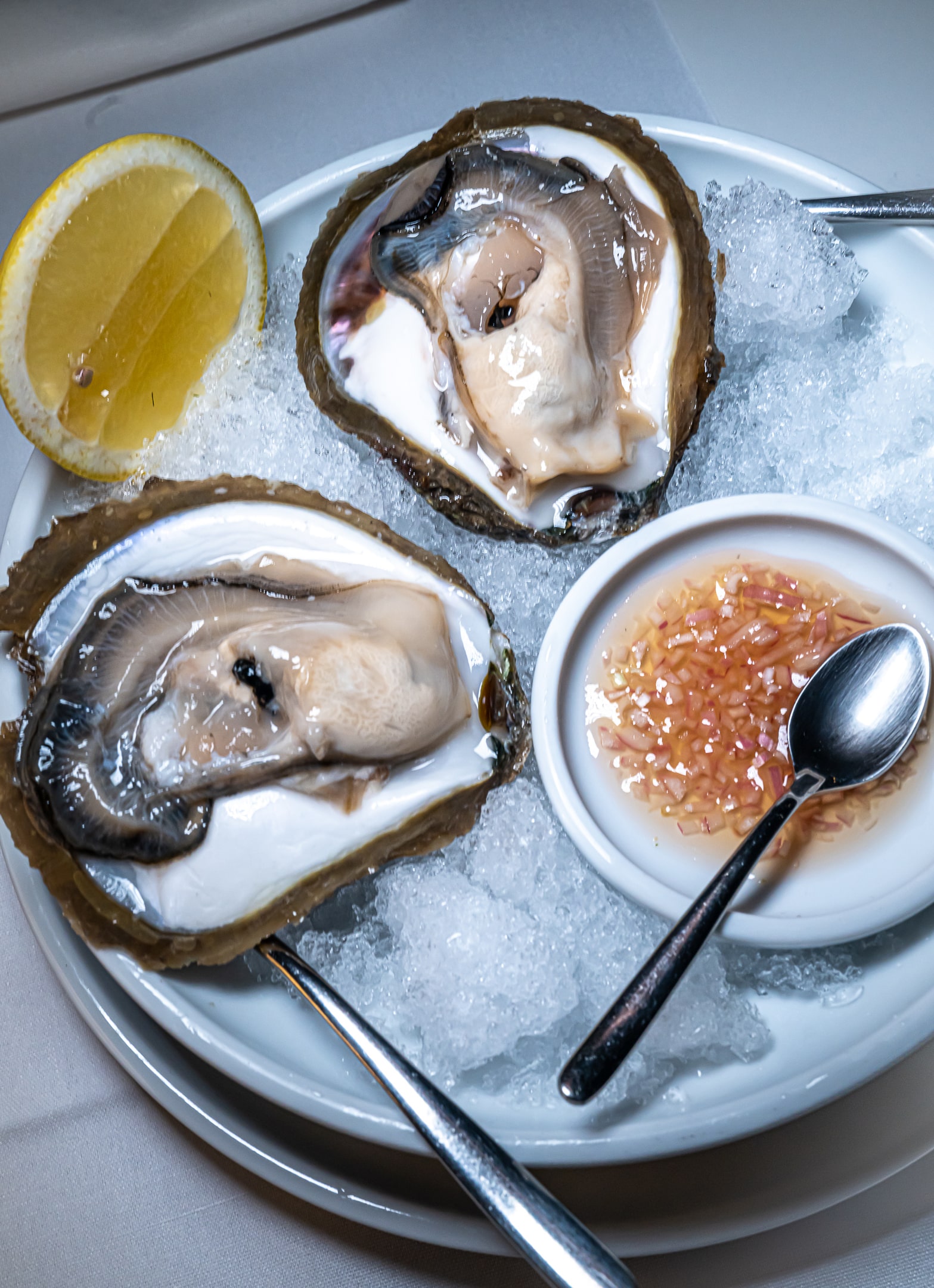 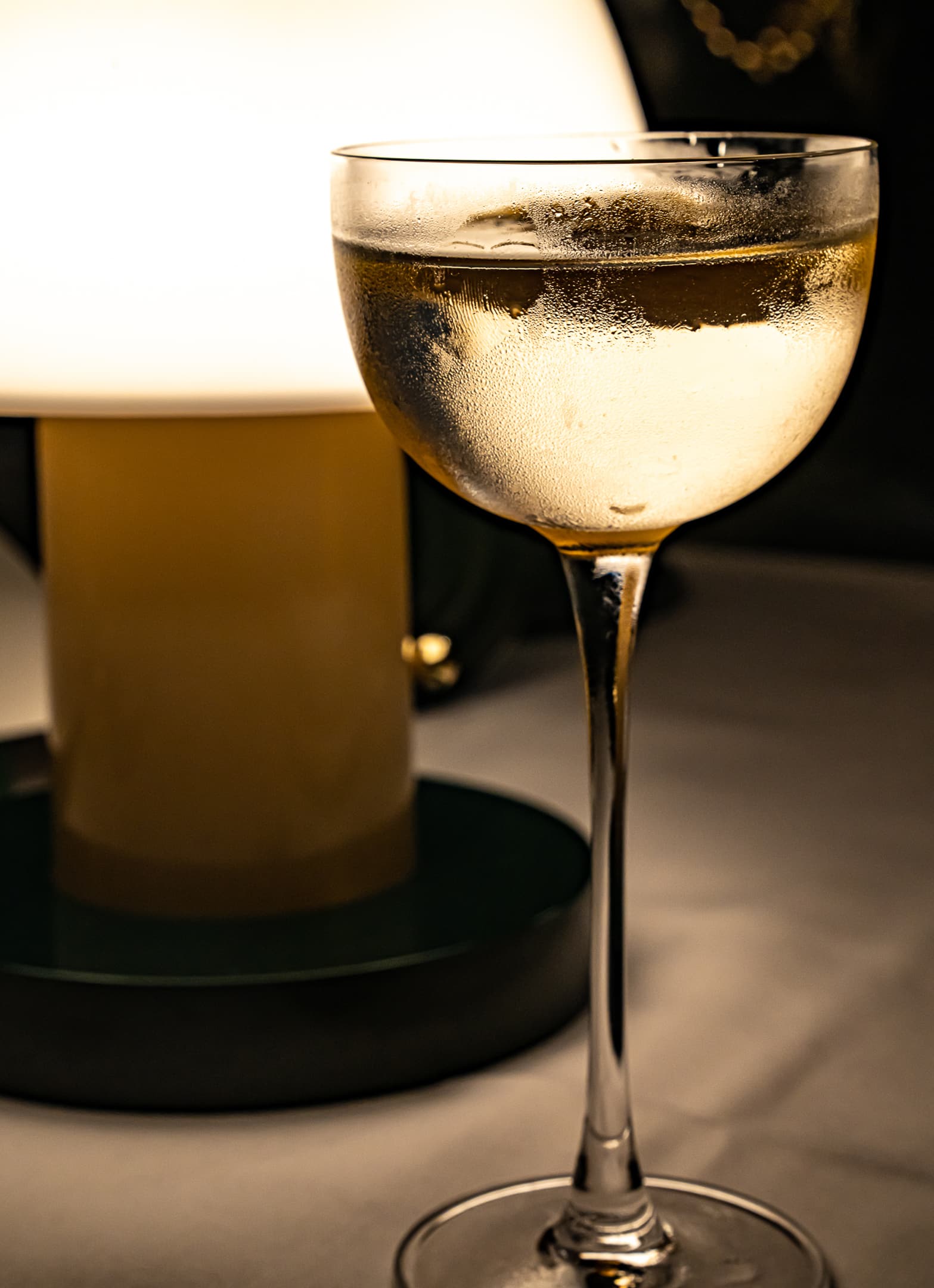 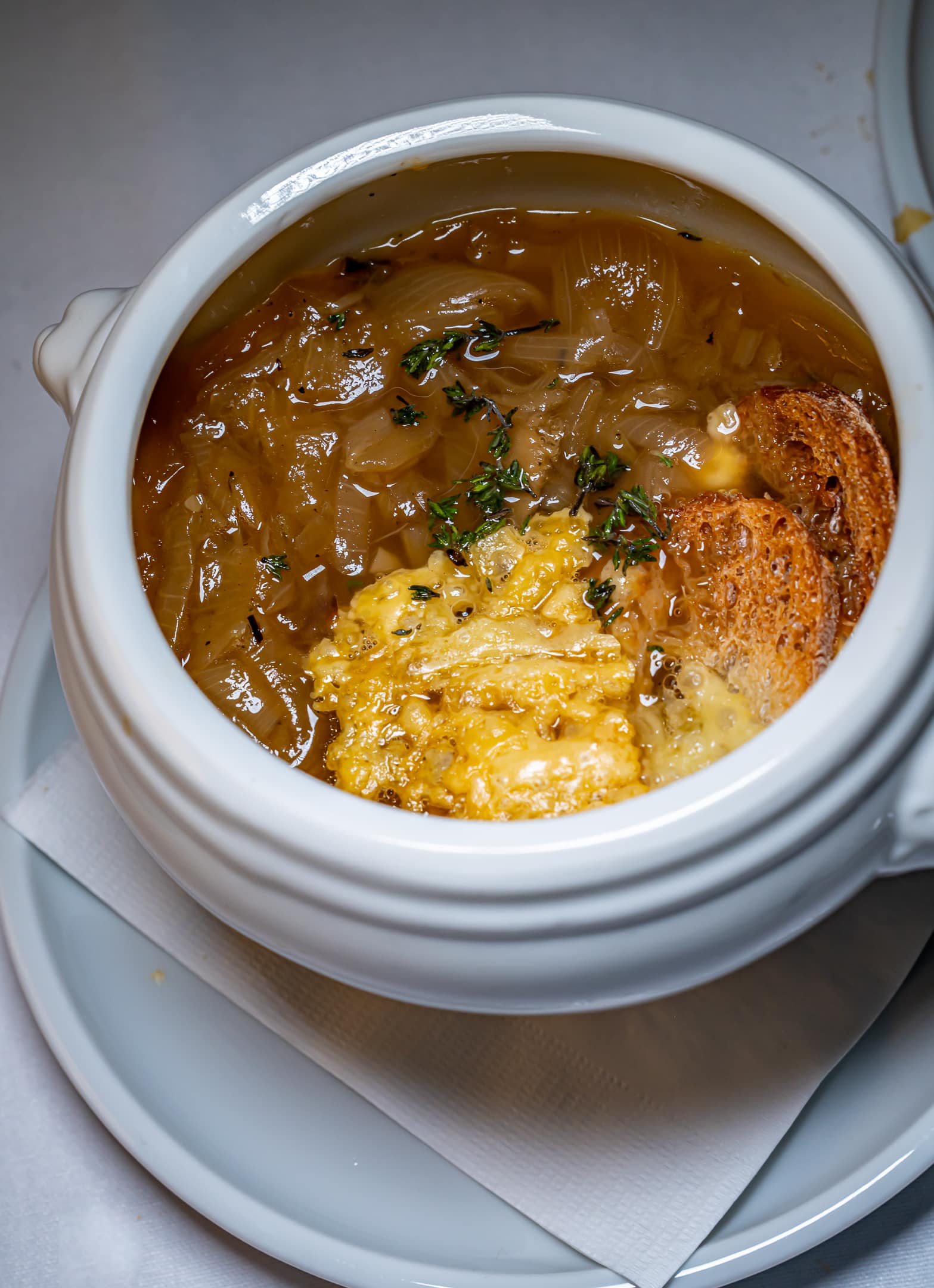 “Jeff’s signature style is classic bistro with a touch of opulence.” That is putting it mildly – if Jeff had set up shop in Europe they’d have a multi-hatted restaurant.

The food at Beckett’s Glebe was bloody astounding.  I had two of the best dishes of my life, the oysters have such a story to themselves that made my entire night – and that is on top of the venue’s story. They are only available at certain times of the year and some crazy person has to dive for them in Tassie, they are nearly three times the size of local oysters and they come in a semi-soft shell, they reminded me of the giant scallops off the coast of Japan. And they tasted better than any oyster I have eaten before.

The second was the Strawberry Foie Gras, my dish of the night, it tasted like the foie gras was poached in a strawberry jam – and I know that sounds odd, but it is the odd meals that need to be ordered, they are the most unique things you will ever eat and they may provide unmatched culinary joy! Oh, and they did haha

I would describe the food as French cooked with a lot of Aussie and Euro dishes, the thing I love the most is that Jeff has his own category of cooking and it is wonderful! 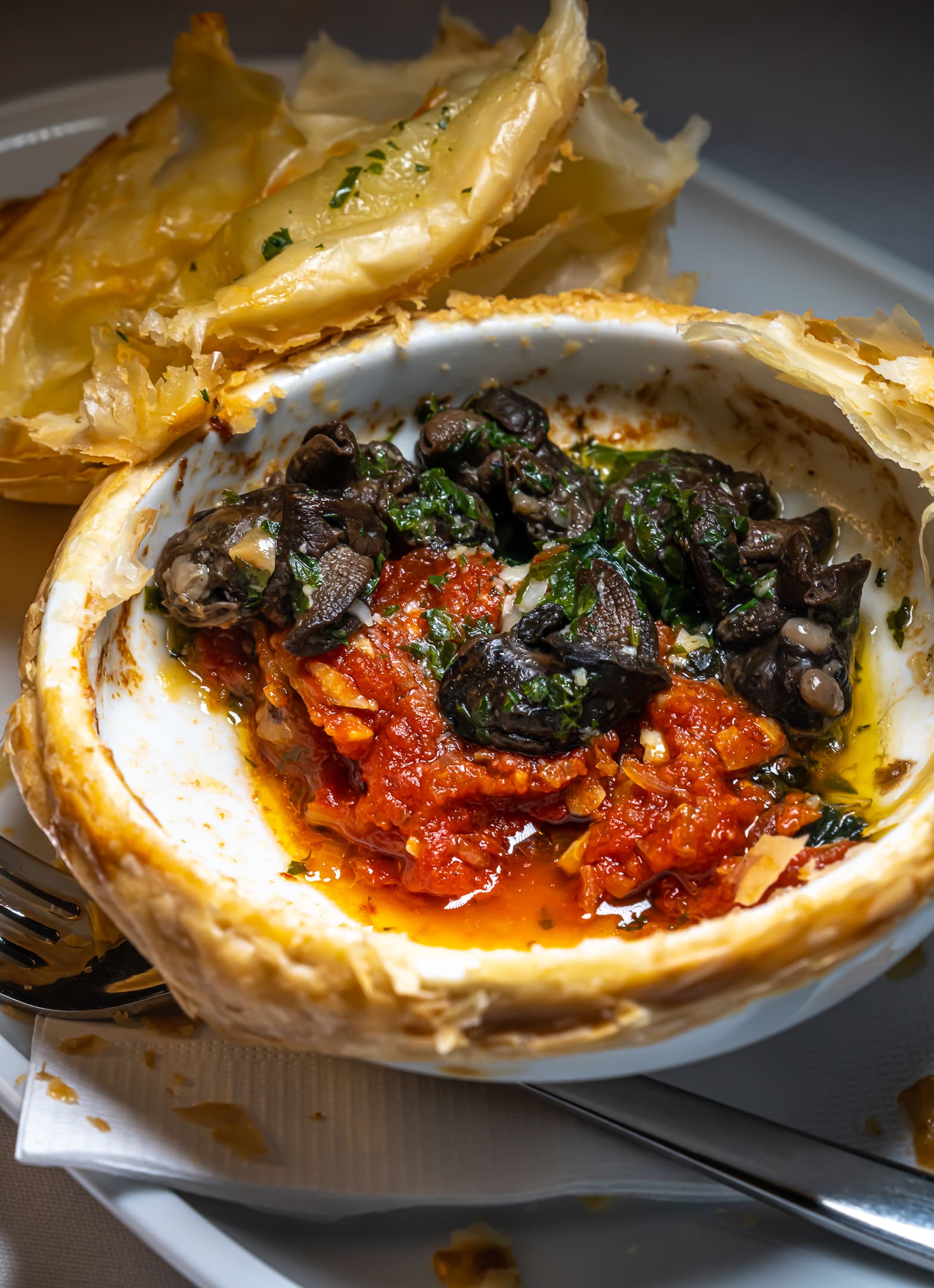 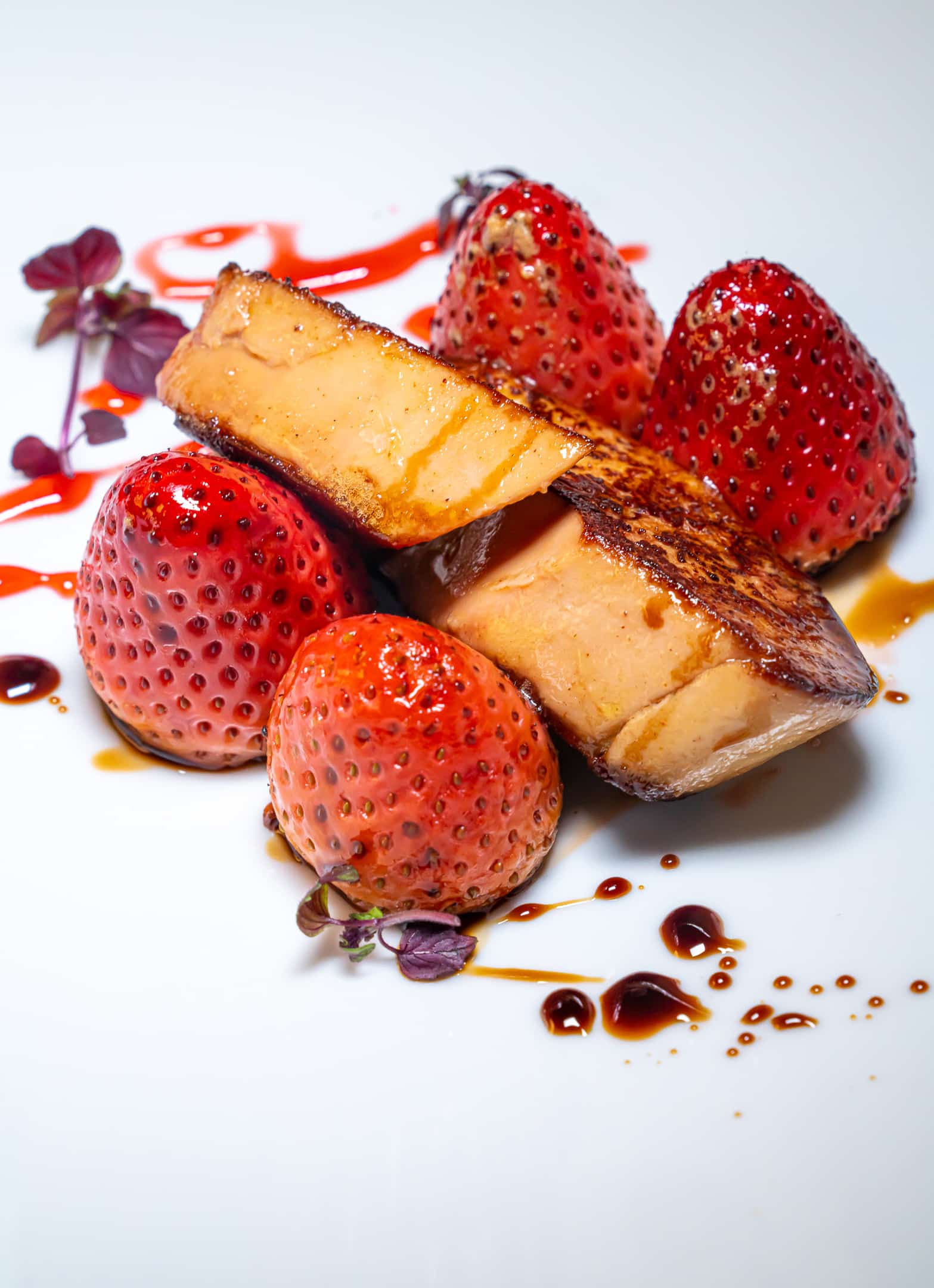 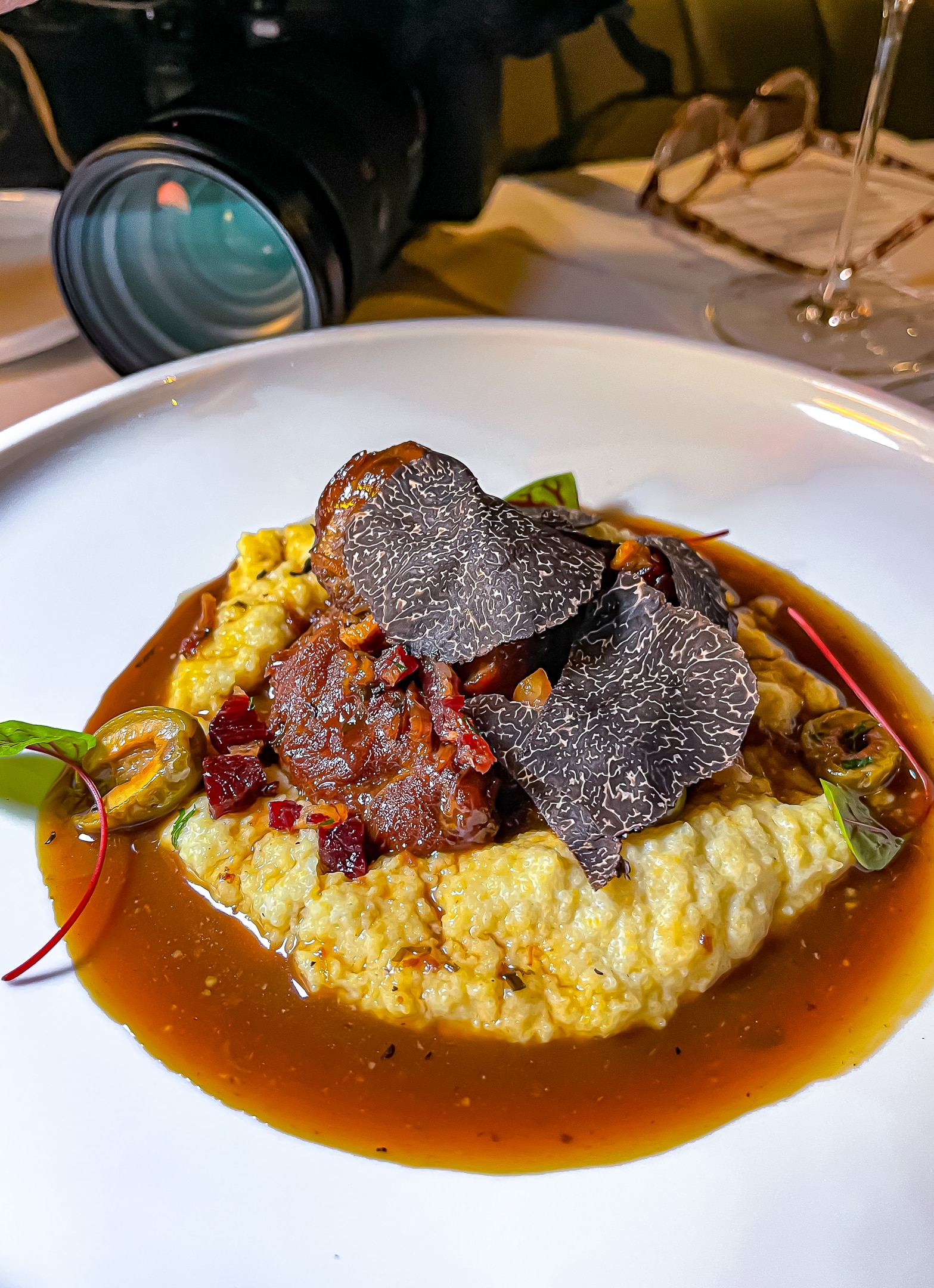 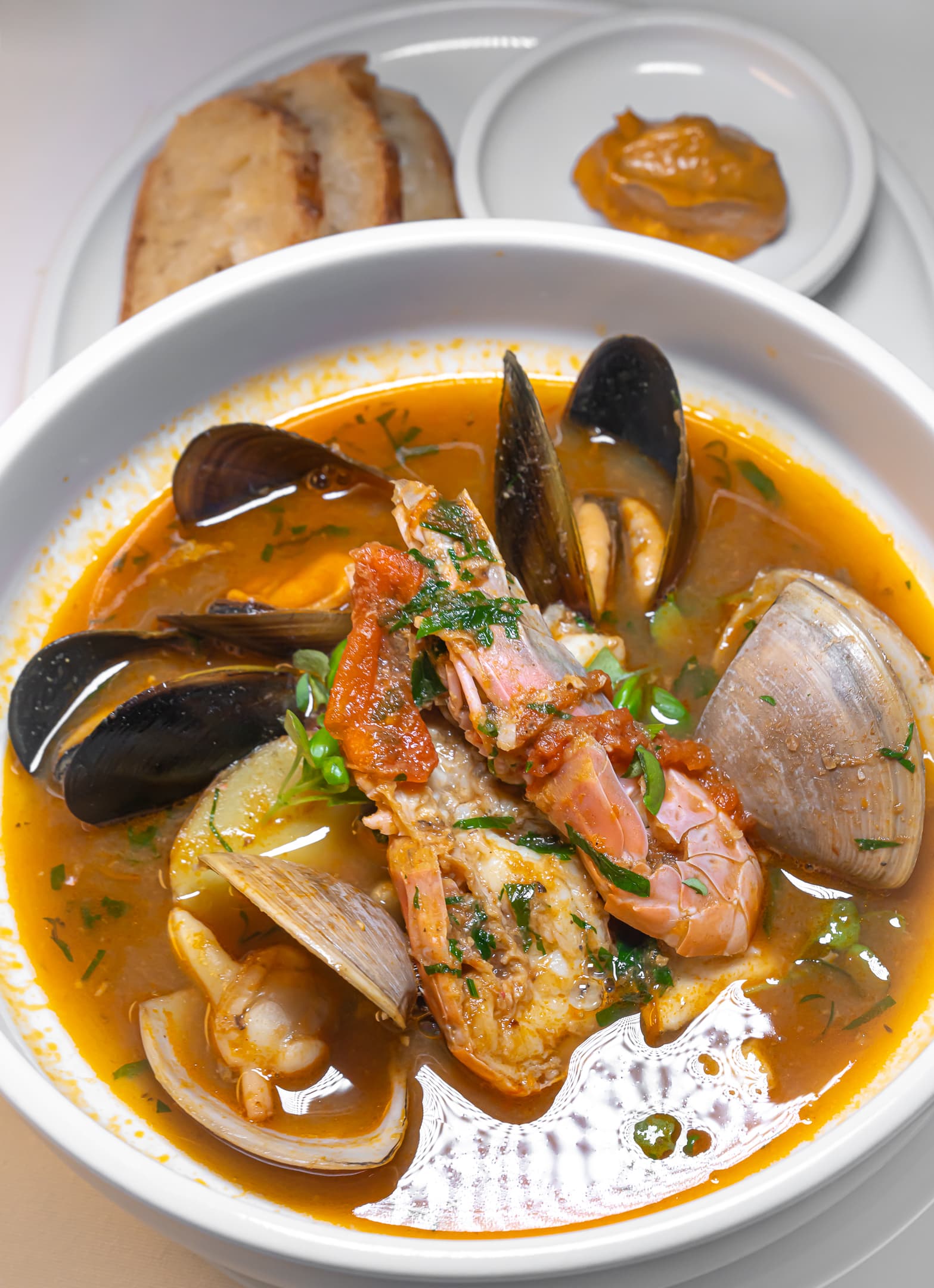 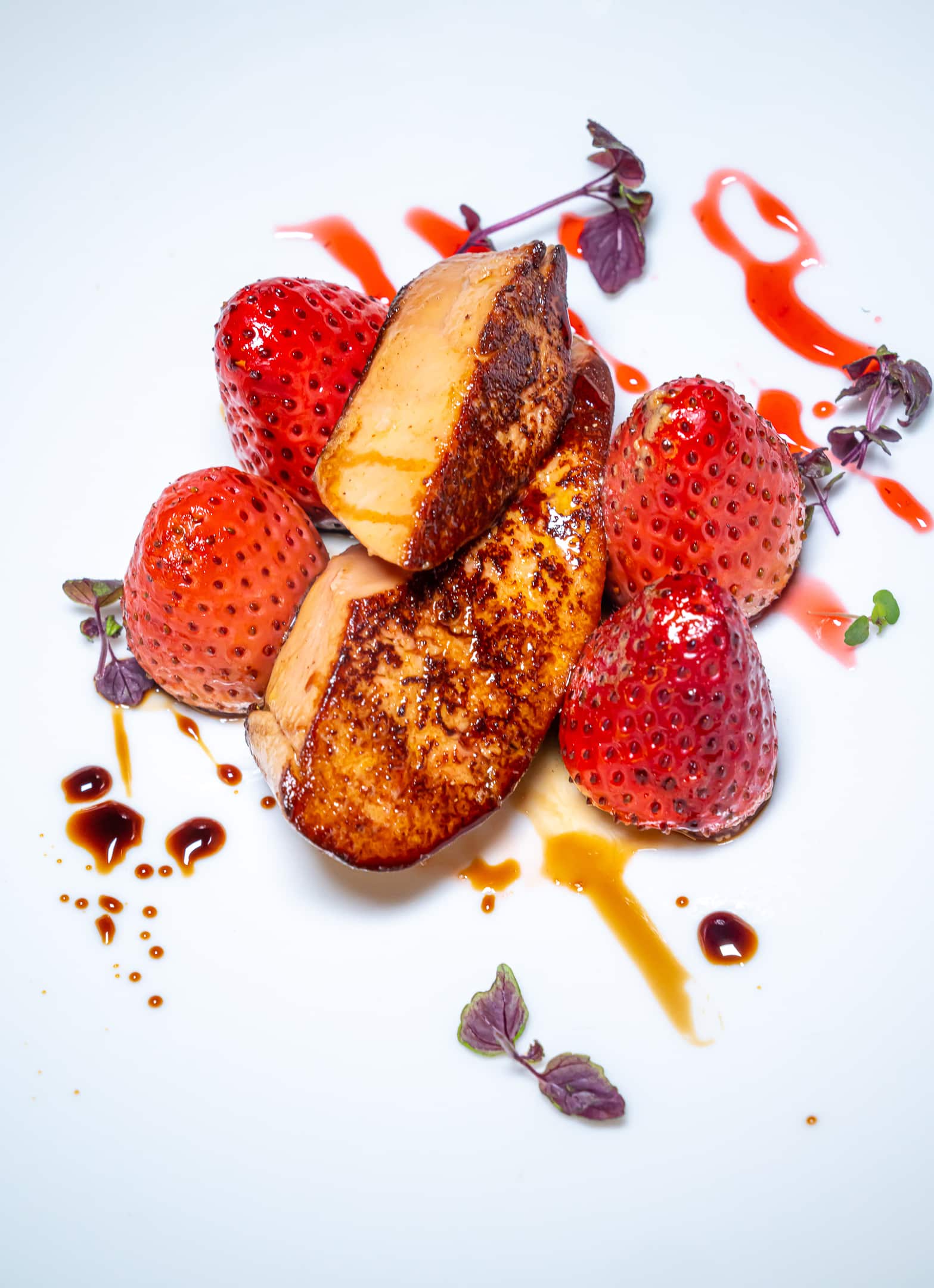 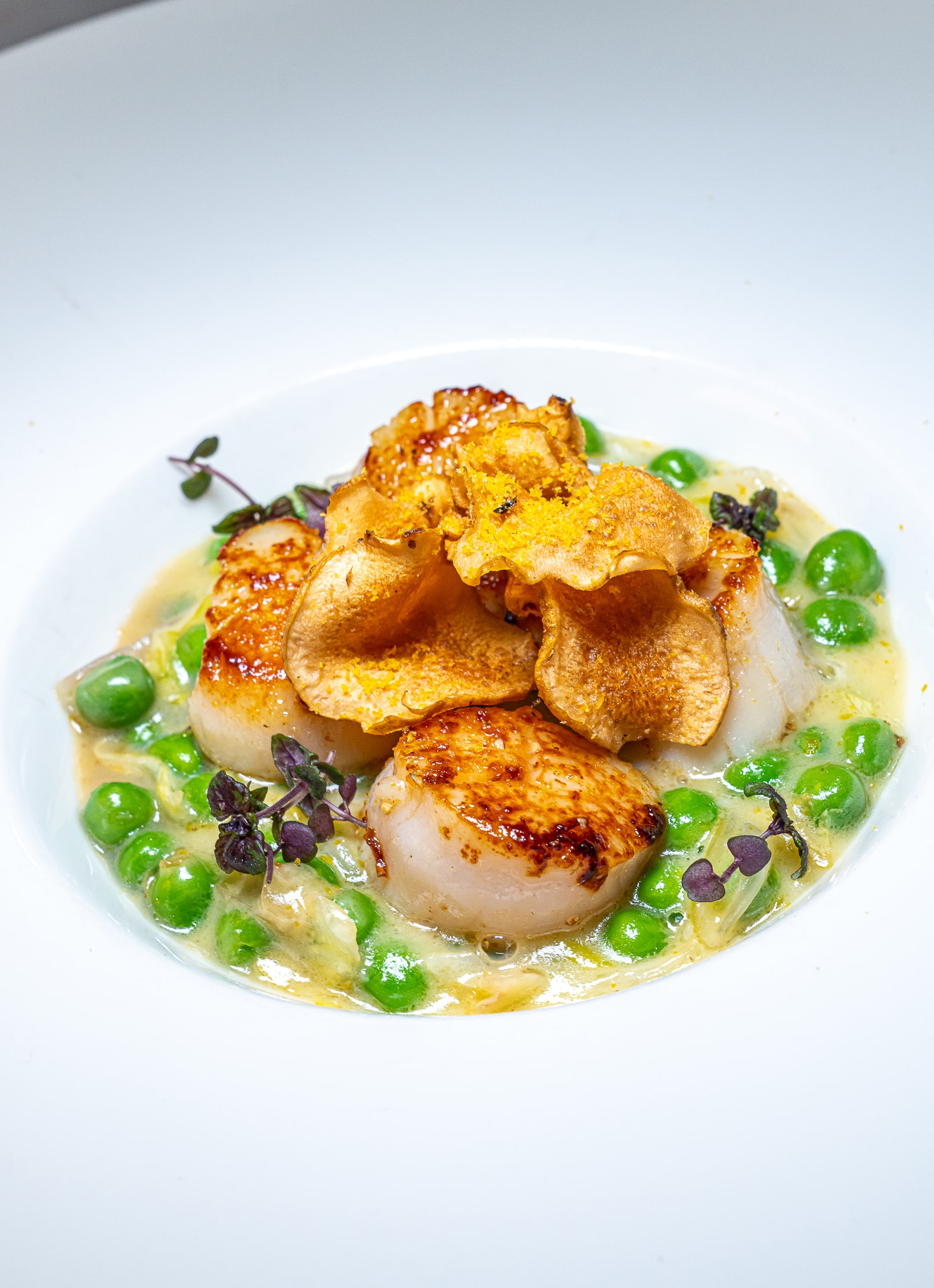 We have discussed the oysters prior – if Jeff has them on the menu fight other guests for them but do it in style, may I suggest a duel at twenty paces. The Escargot en Cocotte translates to snail casserole, I would have said snail pie, as the layman I am, but pretty close. It came with a domed lid, we cut and peeled off the lid, it was quite surprising when the lid was off, it looked as though the cocotte was only half filled, but I assume the snails reduce in size during the cooking. It was fantastic to try snails not in a million cloves of garlic instead it was a tomato base with mild garlic flavours and superb pastry.

The French Onion Soup is the pinnacle of French food – what I always thought of as a peasant dish – but it was invented by a king! The French onion soup history dates back to the 17th century. Legend has it that the soup was invented by King Louis XV. Late at night, at his hunting lodge, he was very hungry and he only found onions, butter, and champagne. He cooked the three ingredients and made the first French onion soup. It was as subtle and as flavoursome as you’d imagine Jeff would make!

And finally, the Roasted Sea Scallops served with French-style bottarga peas were a wholesome delight and tasted fabulous. It was mellowed with the peas and was a brilliant dish if somewhat overshadowed by the heavy-hitting dishes.

As previously gushed about the strawberry foie gras was heaven on a plate. It is one of those dishes that if it’s on the menu I have to order it – and so me and my lovely dining partner Josie did. It played a seductive serenading sonnet on my tongue and will be the dish I judge all other foie gras by. What was interesting is that it could have been served as a dessert being more sweet than savoury.

The bouillabaisse is probably the nicest I have had, it takes Jeff and the team the entire day to make, the first waiter said it contained 10 fish, another told me it contained 9 and finally, Jeff said 8 lol, it is probably what fish he gets each day so may vary, but they push the fish through a sieve with a special tool to make the broth, I am not ashamed to admit that I drank it from the bowl at the end, thank god, Jeff approved.

Finally, the slow-cooked pork cheek, Josie’s favourite dish. Served on a bed of gorgonzola polenta – a cloud of divine flavour, I could have just had a bowl of the polenta, but the pork was awesome too haha.

The desserts were the only items that weren’t perfect, for me. I recorded a video of the brûlée crack, and surprisingly enough it didn’t crack, being too soft, it could be by design, as the coffee was just what I wanted, it was marvellous. And the Fancy Poached Pear isn’t what is called on the menu – I forgot to photograph the dessert menu – whoops. It was the only dish that I didn’t care for as much as I love poached pears, and the presentation was gorgeous! I can’t put why I didn’t love it into words besides saying it “just wasn’t a dish I liked after an orchestra of culinary splendour.

The drinks were flawless – I giggled in delight when I saw they had a martini section on the menu with exquisite details in the description, I worship martinis and could happily open a martini bar. The wine was on another level – a wine list that is something sommeliers would pleasure themselves to, and our non-sexual sommelier suggested every wine we had and every wine was perfect. He even offered half glasses for the mains as the foods were quite different and he didn’t want us drinking anything subpar with a dish. 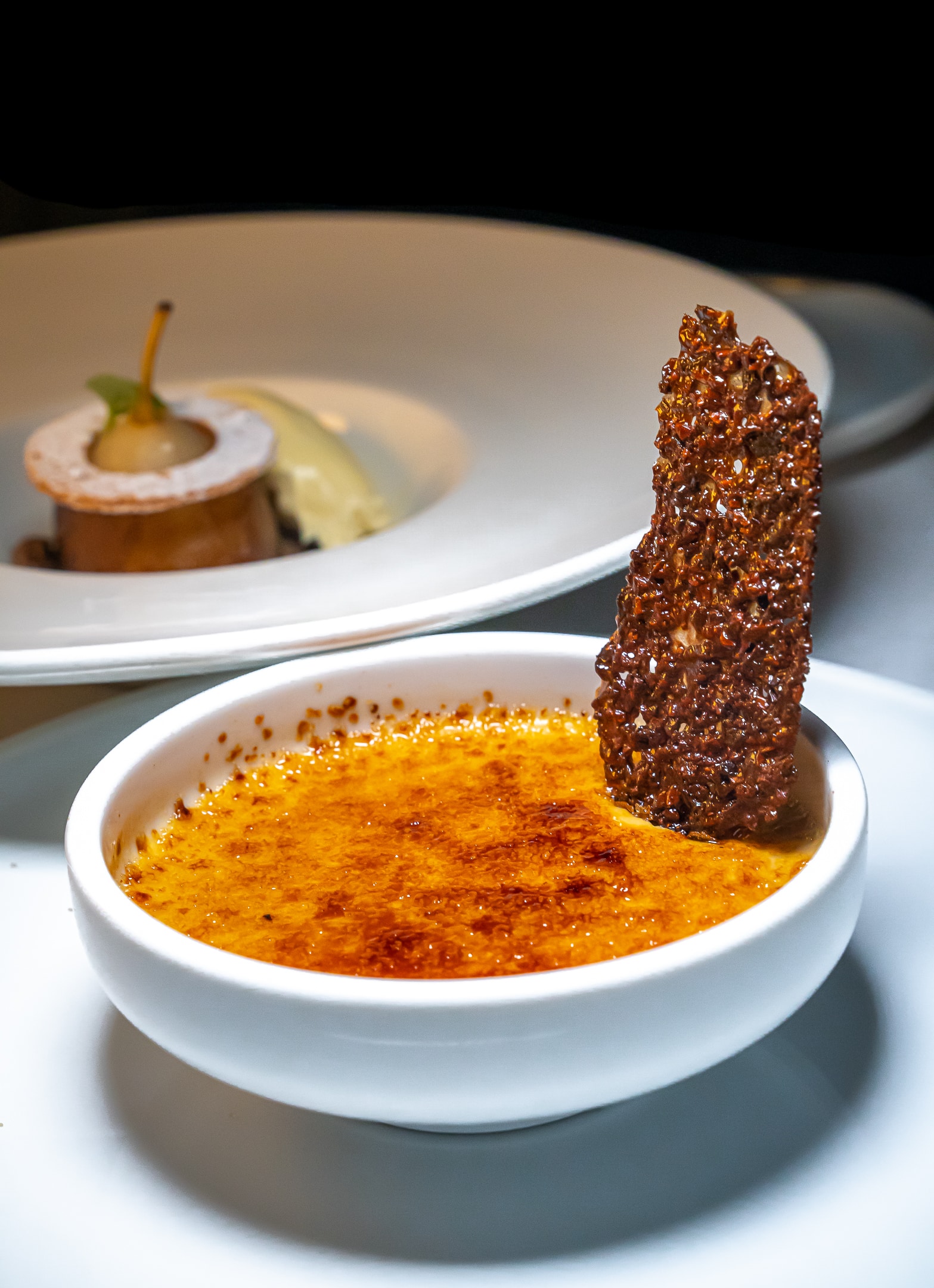 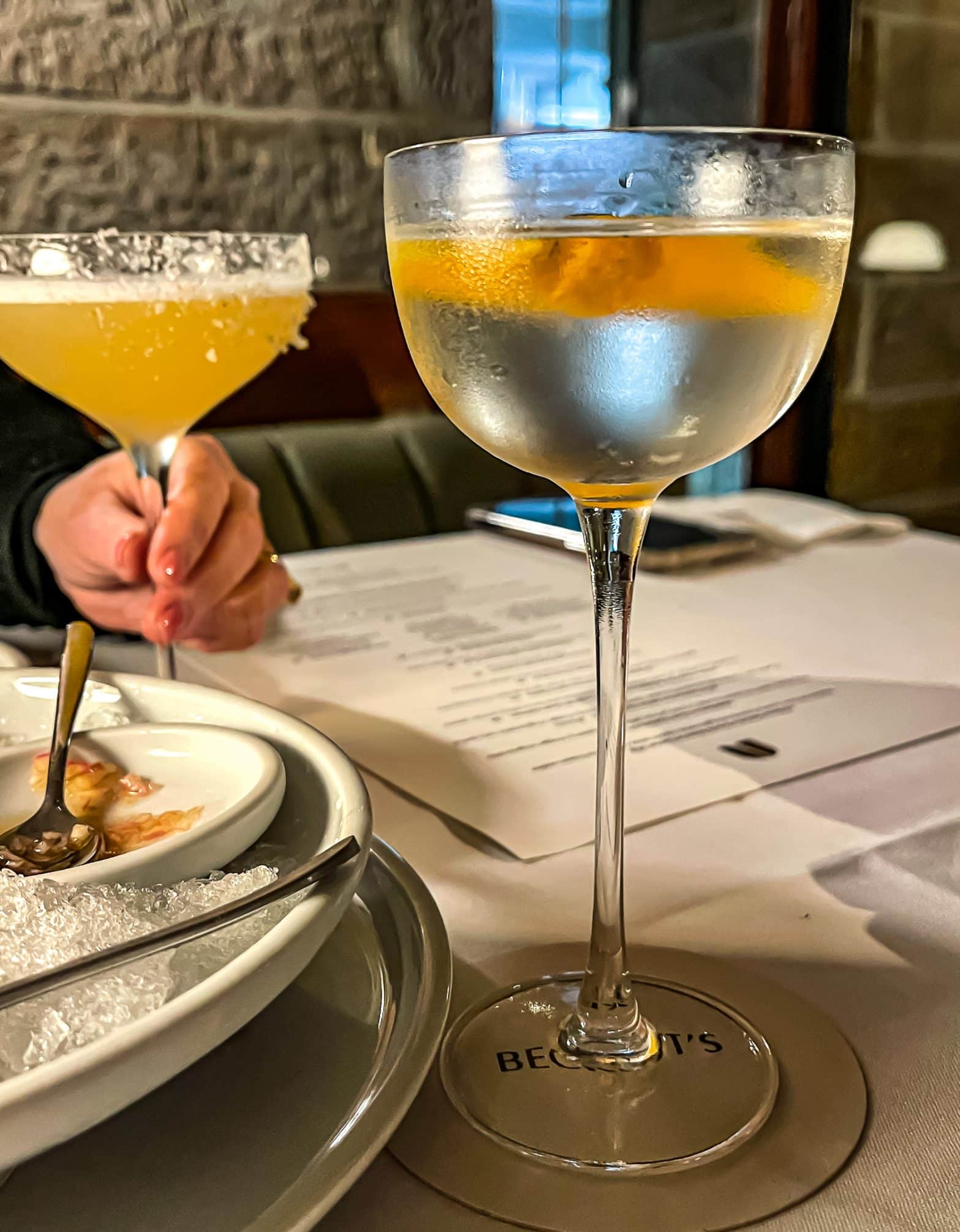 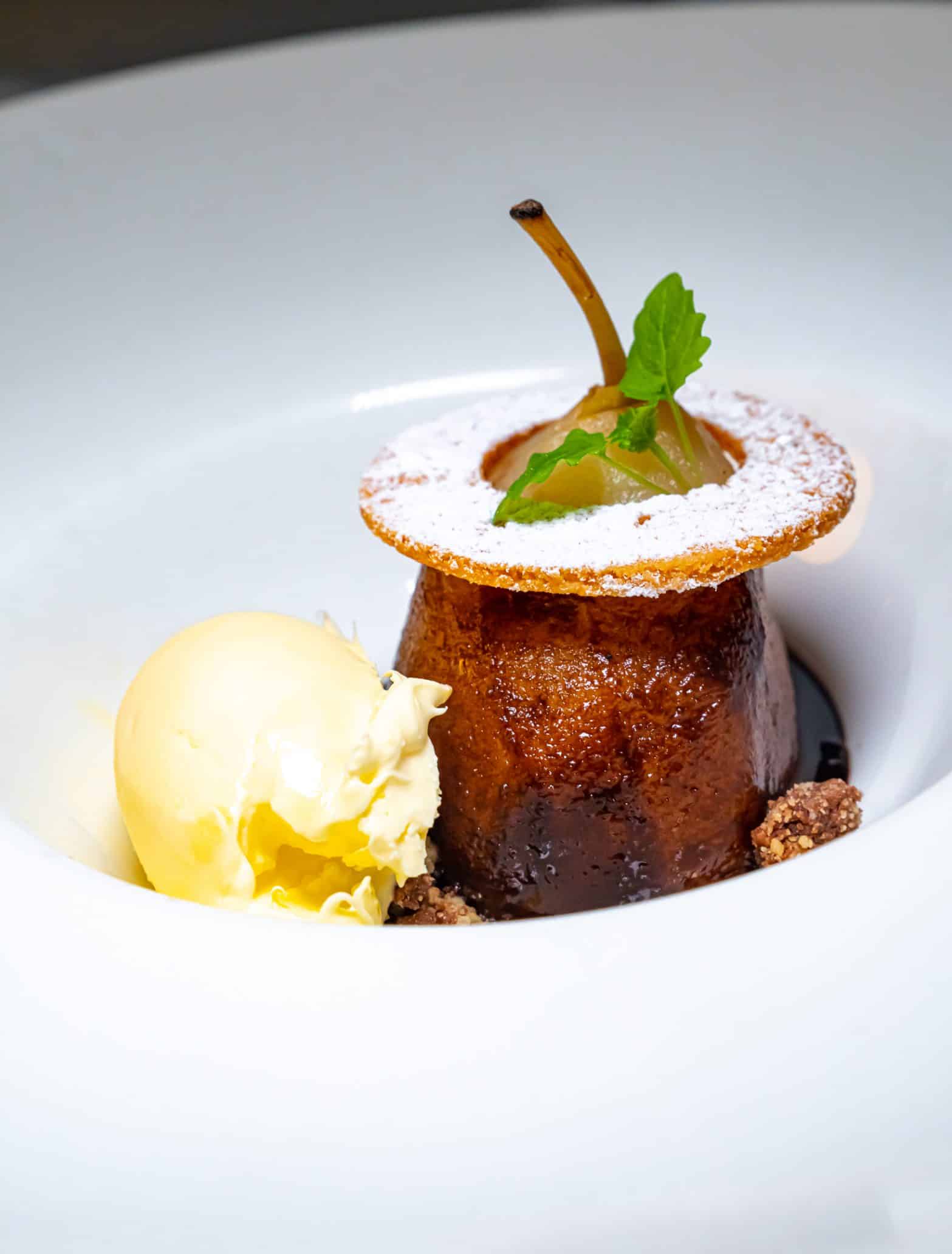 Presently, as of Sun 24th July, 2022, Beckett’s is my favourite restaurant in Sydney and would be in my Top 5 in Australia. BRAE is still my number 1. It was fine dining perfection with a venue worthy of royalty. The wine list alone would have to be one of the best in Sydney. And any restaurant that serves two of my favourite all-time dishes, and gets me writing again is a venue you need to visit ASAP.

*** Spooning Australia was invited, with thanks, to this meal by https://sallyburleigh.com/ ***

All photographs are Copyright by Spooning Australia and Jason King – please feel free to share with full credit provided.

Opening Hours
Open Wednesday to Sunday from 5 pm for cocktails, wine and dinner.